Becoming Mr Me Too

Working to a brief in a creative industry is an interesting challenge as the balance between meeting the black-and-white parameters but also not restricting oneself from the freedom to express and explore what may seem as radical ideas can feel like an overwhelming task.

We were recently assigned the brief of researching a record producer as well as their techniques and equipment used, from a specific era of their career, for us to then produce our own track emulating their style. Basically, to become our idols, of which my partner in this project Aldie Nusa Putra and I chose The Neptunes (Chad Hugo and Pharrel Williams - pictured below). Infatuated by their records from 2003-2006, we elected to focus on their Virginia rap productions from this era under Star Trak records. The duo literally produced hundreds of records early in the decade including their own album under “N.E.R.D”, worked on movie soundtracks such as “Training Day” and “Austin Powers: The Spy Who Shagged Me”. Perhaps most impressively, they were churning out so many hits that in August 2003 a survey stated 43 per cent of songs played on US radio at that time were produced by the Neptunes (and approximately 20% in the UK) (Like the Song? These guys wrote it. 2004).

From thegrammys.com - on the left The Neptunes awards and nominations from 2002-2006, middle and right are specifically Pharrel's recognition.

Britney Spears, N*Sync, Snoop Dogg, Kelis, Nelly and Jay-Z had the touch of The Neptunes on their chart topping hits (as individually hyperlinked above), however it was their core productions with fellow Virginia Beach natives Clipse, that drew attention from these bigger names which in turn led to Williams and Hugo to catapult into mainstream success. It was this deeper street production style that influenced me and that I chose to use as my references, particularly, “Mr Me Too”, “Grindin”, and “When the Last Time”, and I also wanted to pay homage with subtle references to their chart-toppers “Drop it Like it’s Hot” (Snoop), “Like I Love You” (Timberlake ft Clipse), as well as “Gimme Some Mo” and “Light Yo Ass on Fire” (both by Busta Rhymes). 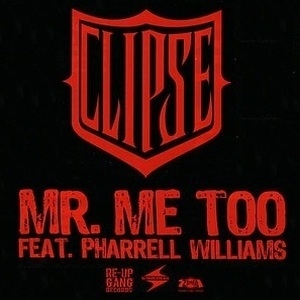 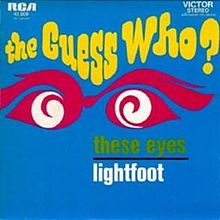 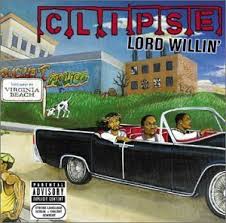 The brief then stated us to cover a song of a different genre into the stylings of The Neptunes, for which I chose Canadian rock band The Guess Who’s 1968 classic “These Eyes” (written by band members Randy Bachman and Burton Cummings) (Mclean, 2017). This has the nice high and passionate vocals which I felt could be replicated smoothly and sung over our Neptunes tune, however the deeper I got into the process we were advised that singing was not the best option and to just go with the straight rap, similar to “Mr Me Too”. Our aim was to still incorporate These Eyes where possible, so vocal samples were used as hooks and backing vocals, or as stabs to complete or compliment the topics in the rap. The rap lyrics also have references and pay homage to the Canadian-classic that reached the top-10 in both US and Canada in 1969 (The Guess Who - Chart History, 2018).

These fascinating videos of The Neptunes working in the studio gave great behind-the-scenes access into their production techniques and equipment.

The Neptunes main compressors used during this time were Tubetech CL1 or C414, DBX160 or the teletronicz LA2A levelling amp (Daly, 2005). We decided to run a guitar through the DBX160 which ended up being erased from the final cut of my track (it made it feel too ‘acoustic-y’ and less ‘gangsta rap-y') except for a single strum that is sampled. However, the guitar on Aldie’s track “Message in a Bottle” was all used with this method. They used a C12 mic through an Avalon 737, we would use Rode NT2A’s as they share a similar frequency response.

Whilst we didn’t have all of the same equipment used, their Virginia beach studio features many vintage Moog synths (The Neptunes: The Eight Planet (2003). I was lucky enough to gain access to a Moog Sub 37 which we could use for the driving synth sounds, a Juno 106 and a Roland TR-8 which (excuse the hyperbole) was awesome to give us the opportunity to customise each individual instrument for our drum rack (as opposed to just relying on others sample packs).

Thinking outside of the square we used a Piggy Bank

with $18.20 worth of coins inside to resemble a

cross between their tambourine and shaker.

Working and learning the Moog and TR-8 was perhaps my most enjoyable experience of this project. The opportunity to be manually creative whilst trying to get the Neptunes-style rip on the snare by balancing the tuning with mainly reverb and delay, and similarly the pop on the toms, was far more satisfying than just trying to manipulate samples with maths in Ableton. This reflects The Neptunes process as well, jamming out with an idea or goal in mind whilst discovering all the wonderful new sounds along the journey to finding the final product. Sounds which may not be right for this project but trigger thought and get stored away for future use. Getting this process accurate would definitely help our productivity down the track when mixing in the box.

We created the kick in the same manner which was a challenge of finding the right balance of dirty yet soft and soothing- which has become such a part of the Pharrel-sound, an influence from his drumming background growing up.

Another signature on Pharrell productions is his four-count start, done by slicing the opening beat as four stabs so it hits hard on the opening drop.

This is where we also drop the opening line from “These Eyes’ as a sample to kick off the track, and begin to tell the story of the song, which is a life seen through “These Eyes”. As a parallel to the Clipse self-description as "Virginia Coke-Rap", my aim here was to go for "Melbourne club-rap", with the story beginning as an apology to a friend whom wants to take him overseas on a trip, but a life of poor habits and decisions in the interest of fun has led to financial restrictions and impending doom from indimidating figures. The double-entendre of this is brought through the second verse, as the impending doom and habits are not drug-related but in fact an addiction to making fun tunes and the desire to get better as a producer.

There’s an 8-bar bridge after Verse 2 that takes us from a dark background in to the more fun-side of Melbourne club culture, girls, fun with the boys and the ultimate decision that life’s on track and as we come full circle the innuendo of the process of a girl helping him to get high is also the process for helping them to take the musical journey and ultimately the trip with his friend to which he is apologising in Verse One. That bridge between Verse 2 and 3 also introduces the dirty club-bouncing synth that has the intent to get the chests-a-poppin and necks snappin’, with the bangin snare as the snare snaps. (Drums & Hand Gestures - Neptunes in the studio, 2003).

I definitely learned a lot during this process, particularly in regards to time management, song arrangement and the challenges in having a rap flow to a beat that compliments it and the importance of emphasising inflictions and synchronising syllables. I would like to learn more about syncopation as this is one of Pharrels strengths which I tried to emulate however I feel should have been a lot better. A few days removed from submitting this project and I definitely can feel where improvements are need in balancing, particularly highlighting the samples, as well as making the hooks that are transposed down more understandable (although the greyness of the lyrics here is intentional- a reflection of The Neptunes style on the Busta Rhymes records). 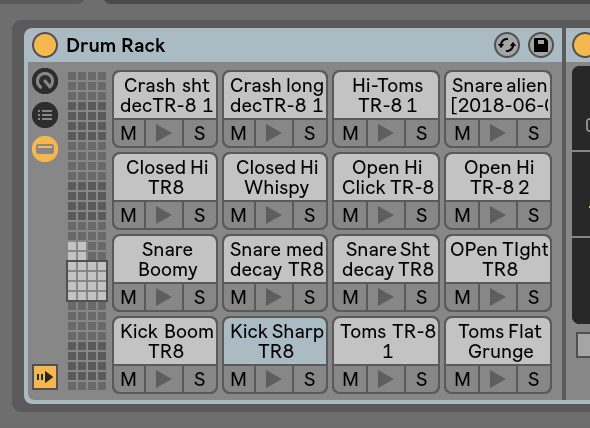 Following The Neptunes career has been a huge inspiration in my musical journey, and more projects such as this with the opportunity to explore a range of different productions techniques and genres definitely expands my repertoire of knowledge and will help make us all better producers.

This process and my desire to get better had me discover their advice here, which motivated me to get my first piano lesson and broaden my genre library as I further progress in my DJ career.

Have a listen, and enjoy. *Warning: Language and drug references contained. As it is on private it was unable to be embedded here, so you will have to click the below link.

The Neptunes - Artist (2018) The Grammys Awards and Nominations. Retrieved from: https://www.grammy.com/grammys/artists/neptunes

(Originally scripted August 12, 2020) This writing is for or a module titled “Critical Inquiry” designed to provoke philosophical thought, and as such includes sub-rants that go slightly left of topic