Am I mad about Music? (Part II)

With Brazilian Techno Lord Alex Stein and my buddies Bryce and Maya at Circus Nightclub.

To read Part I from last week, click here.

Fortunately for me I feel my commitment to the live scene at the moment is there. This is currently focused deeply in the techno and electronic scene from club level, to international feature shows and (almost at minimum monthly) festivals.

My broad taste in music over the years has led me to an array of venues and to experience many sub-cultures: From teeny-boppin at the Savage Garden regional tour to being deep in the mosh pit of Armenian-American Heavy Metal group System of a Down, to the simlarly high energy The Prodigy to post-britpop/indie rock Bloc Party and politically aware rap equivalent Lupe Fiasco.

I was there for each of Kanye, Fiddy Cent and Jay-Z's first tours of Oz (which was also supposed to be Jay's last but we're all a witness to how that 'retirement' went over a decade ago). One night I'm at the Queen We Will Rock You Regent theatre show, the next at high energy Indie-rapper Tech N9NE's mask wearing and titty-showin sweatfest in the Prince Bandroom. I feel I've always had a knack for what's relevant and once a show is announced I seem to be able to do a really good job of hyping myself up for it by tearing through that touring artists catalogue within the weeks leading up to the marquee event.

This was most evident just a fortnight ago, when one of my most aspired techno artists, Brazilian-Bavarian Alex Stein graced the shores of our great state.

Stein was billed as one of the headliner's of Rainbow Serpent Festival, and my Australia Day weekend festival timetable of fun was anchored around his feature set from 2:30-4:30am on the Sunday morning.

It was the following weekend however where I feel the answer to Mr. Dalton's question about my musical sanity is answered. On Sunday Feb 2nd, Stein played at new Geelong club Bloom from 1-3am. So it was down the M1 late Saturday night I head all whilst toggling between Steins latest and greatest hits, listening to podcast interviews with country music A & Rs and entrepreneurs in between, trying to educate myself about the industry and the music itself all at once.

I met my buddy Bryce at his home in Geelong and into Bloom we head. This was my first time to Bloom, if you haven't yet you should definitely take the time to check this club out. Bloom has a s​tate of the art Funktion One Speaker system, perhaps the best live club sound this side of OneSixOne and a new bar-setter for techno in this country.

A must experience and perfect size venue for a gig of this ilk.

From 3am it was straight back to Melbourne to experience the debut of the new club night/morning "Mercy" at Tramp in King St. After years as the infamous Tramp "Jungle" this re-brand seems to be encouraging a shift away from the cheesy end of the techno/Melbourne bounce scale towards what seems to be an attempt at more of the intellignent, emotional techno to which is dearest to my heart (this is a great thing for the youth of our city). With some of my closest friends part of the crew behind the scenes in trying to incoproate this new movement, this of course was not something I could miss, the opportunity to see if this new vibe is something that I want to be immersed in more going forward.

After a brief late morning nap it was then on to more Stein. Booked to play at an event at The Penny Black from 7:30-9pm, but with the event itself starting at 2pm I was there from Midday. Why?

Such is my love for techno that my ever-expanding friendship group (or as we call it in CIU "my network") is involved with throwing some of these live events. Through months of pesturing, the Euphorie Bezirk team hosting the event made room for me to volunteer to help set up decor and do a bit of the gopher work (ie running around to Officeworks to get Set Times and posters printed on the day for the event) and just general odds and ends in setting up and keeping the punters happy.

Alegra had the crowd vibin as he featured many of his tracks from his debut EP "Mood", which recently cracked #18 on the Beatport Techno charts.

From the conclusion of that gig at 10pm I drove to Somewhere Bar on Chapel Street for my weekly conrtibution as part of the DJ team with "Ben Lawrence and Friends" from 10pm - 1am. Despite the intent to attend another live gig (another international here for Rainbow Serpent "Bloody Mary" was headlining the Sunday Night "Summer Series" event just a couple of doors down at Revolver) it was time to head home for a quick freshen up and costume change. I gathered the troops and we ventured into Circus nightclub in Prahran for Stein Part 4, as he played from 3-5am in a venue again acoustically suited for his brand of thumpin, saucy techno.

I was lucky enough to get to meet Mr. Stein after his set. Ever-inquisitive, I asked him what his favourite track was at the moment to which his answer impressed me immensly. "The one I'm working on at the moment, it's coming out soon". The perfect lesson in subtle self-promotion. (Although when I prompted that he'd opened his shows with Andre Winter's "Cascadeur" we agreed that must be up there. For the record my favourite of all his shows was Stein's atest release "Zeit" - if you care).

Whilst this may seem like a heavy weekend it's not that abnormal. When Morten Granau visited Melbourne in March 2016 we saw him Friday night at New Guernica, Saturday night at the Railway then hours later at Room 680.

2012's Big Day Out tour featured Kanye West and Odd Future. As I was still living in Bendigo at the time I definitely clocked up the km's. Sunday the 29th at the Big Day Out, back to Melbourne to Sidney Myer Music Bowl on Tuesday the 31st to Yeezy's sideshow, then home for work just to trek down and back again to see Tyler the Creator and Odd Future tear a new one in the Palace on Wednesday the 1st. 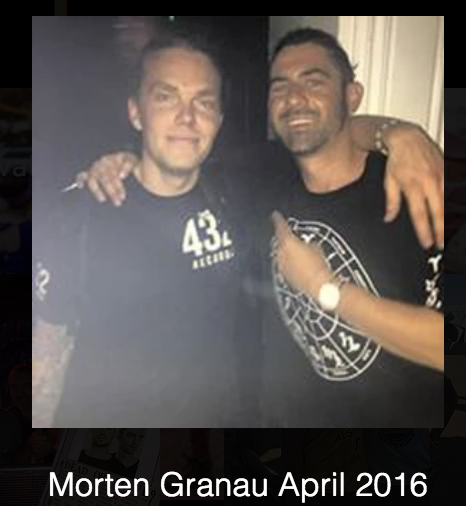 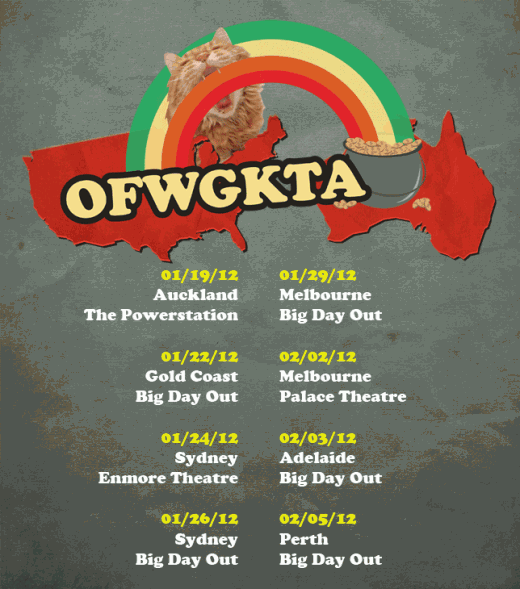 These whirlwind tours of fandom are not new but are also what keeps me in touch with those in the scene, and help me network with promoters, orgainsers, venues and support artists.

The organisers and styles of those running the in-house nights at OneSixOne on a Thursday are going for a different vibe to that of those running it on a Monday, much like Tramp at Midnight Saturday to their 10am Sunday, as is Somewhere Bar Sunday Night to it's Wednesday vibe.

It's the versatility of these venues that attract me to this scene, and whilst some may see being out at 2am on a Friday morning then 4pm on a Monday as insanity, I try to keep my focus at an appropriate level to which it is 'research' - educating myself on what is current and working in the scene so I can make my mark on it. (Evidence of this is backed up by the 'ideas' section in the notes of my phone.) Not to mention the tunes discovered and dozens of shazams each weekend. Plus I love picking the brains of not only the DJ's and producers in the scene but also the punters of their favourite tracks, and note them accordingly.

The real challenge is trying to balance these types of events with trying to produce my own tunes, smashing the beatports, youtubes and soundclouds to learn from the big names whilst also trying to un-earth new talent locally and from around the world through similar mediums.

It's managing this time with trying to be a part of new ventures and orgainse my own potential events as well as the balancing act of the SAE timetable which is currently my greatest challenge, one that is no doubt proving me mad for trying to take all this on but preparing me for the non-stop mayhem that is the live music industry.

If only there were more time to get back to my roots for learning the love of hip-hop, through watching hours upon hours of the NBA.

(Originally scripted August 12, 2020) This writing is for or a module titled “Critical Inquiry” designed to provoke philosophical thought, and as such includes sub-rants that go slightly left of topic